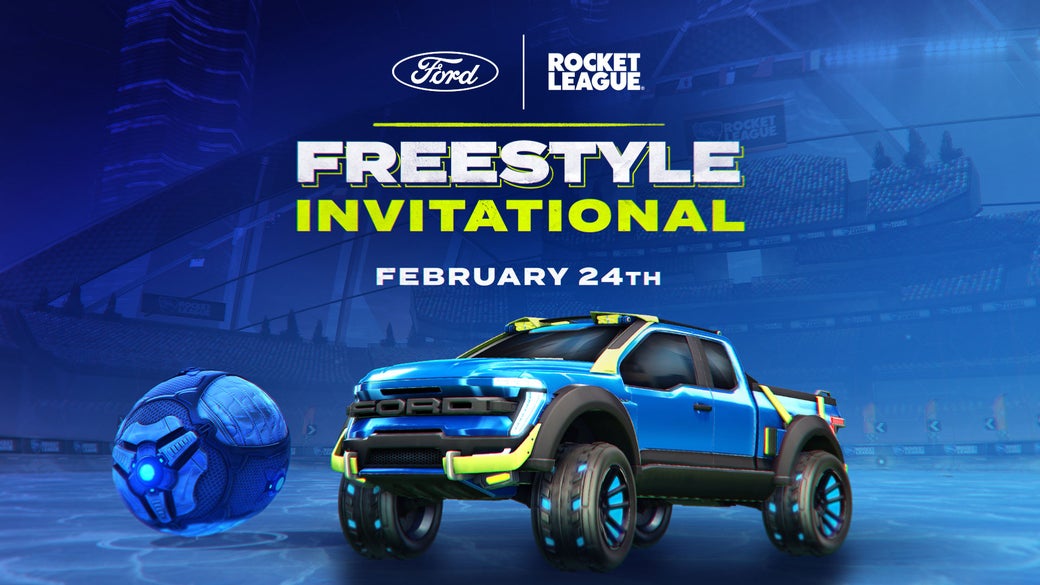 Get ready for the most air-rollingest, flip-resettingest event of the year: the Ford + Rocket League Freestyle Invitational! In this special event, we've picked some of the best Rocket League freestylers in the United States. They'll hit the pitch to find out who walks away as a champion and with a real 2021 Ford F-150.

Before we take flight, let's get you all the details and dive into just exactly what freestyling is!

Put simply, freestyling is Rocket League's version of a dunk contest, where style, creativity, and flair are the name of the game. Sure, you've got to score in order for all that razzle dazzle to count for anything, but it's the finesse that counts in the end. The higher the degree of difficulty and spice, the better a shot is scored by the judges.

Driven by a community of passionate (and mechanical) players and organizers, freestyling is one of Rocket League's most creative ways to play the game competitively. Like any event that judges the creativity and difficulty of a given action, the beauty really is in the eye of the beholder. But in Rocket League, there's no mode that relies more on a mastery of the game's many mechanics than freestyling.

How the Event Will Work 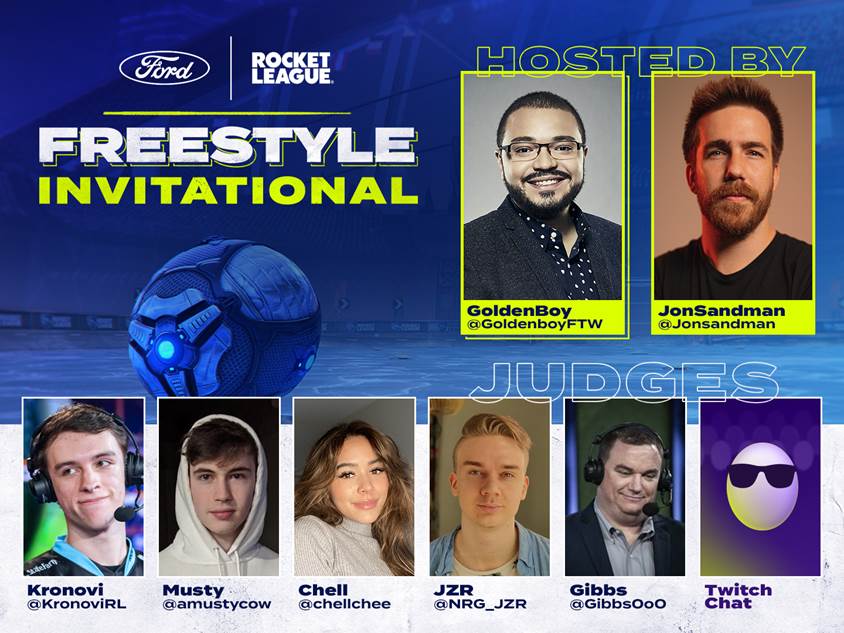 You read that right! Twitch chat (that means you!) will be part of the judges panel. That means we need you to tune in and bust out your calculators - 'cause no one knows how to get hyped for insane goals like the Rocket League Community!

Who will you be casting your vote alongside? Check out our panel of all-star hosts and judges:

But who will be the competitors? Psyonix hand picked eight of the best freestylers in the United States to face off against one another. Check out the list below:

Where and When to Watch

You can catch the event on the official Rocket League Twitch channel. If you want to participate as an audience judge and vote during the Ford + Rocket League Freestyle Invitational, make sure to tune in via Twitch and vote in chat. We'll see you on February 24 as we kick off the most stylish Rocket League event of the year!