The Esports Shop: A Closer Look 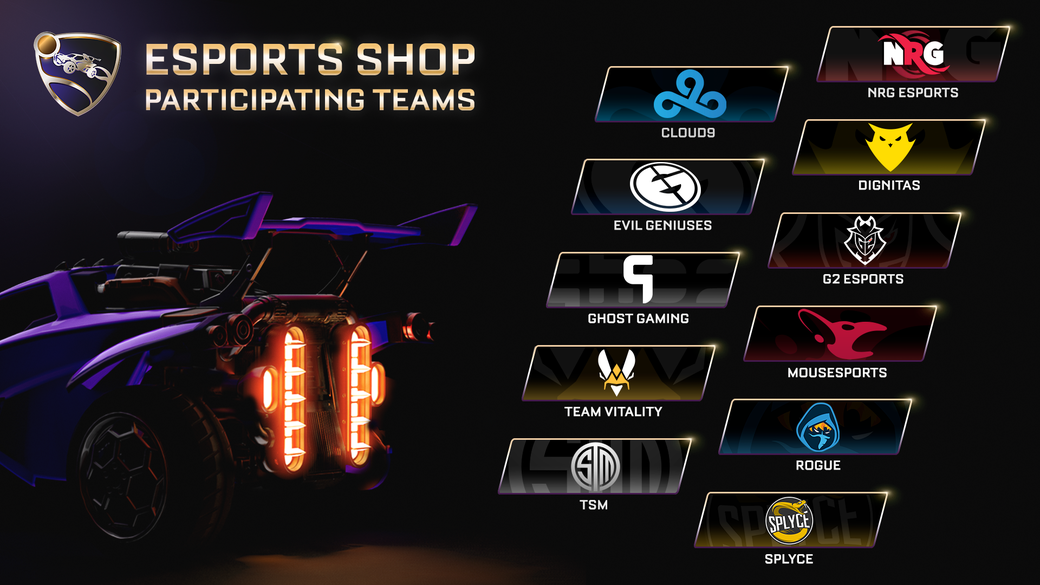 Get ready to show-off your team pride for your favorite teams in Rocket League Esports! The Rocket League Esports Shop pilot program will open for business on April 16 at 10:00 a.m. PDT (5:00 p.m. UTC) and bring new Decals, Wheels, and Player Banners that represent some of the best teams in the sport.

How The Esports Shop Works

Following the update, the Esports Shop will appear in the Main Menu under "Shop." It will feature six in-game items each day and refresh at 12:00 p.m. PDT (7:00 p.m. UTC) . Each item will have a timer displayed to show how long that item will appear in the Shop. Once the timer expires, a new Esports Shop item will take its place. Some items will be featured for 24 hours, while others will be featured for 48 hours.

Items from the Esports Shop will require a new currency called Esports Tokens. These Tokens will be sold in the following packs:

Support Your Favorite Teams and Players

We're very excited to show all of you the new items coming to the Esports Shop, and we're even more excited to see them being used on the field. See you on April 16!