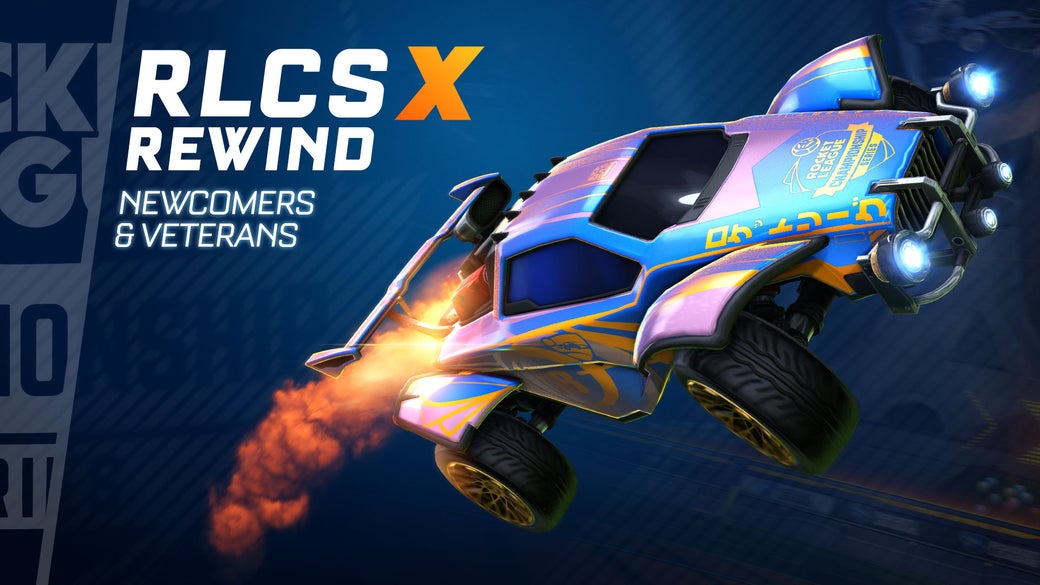 Rocket League Championship Series (RLCS) X is making history across each region it touches. A total of 63 players either qualified or landed on teams invited to the first North American Regional and made their RLCS debuts. That’s the most since 30 players played in the RLCS in the league’s first season four years ago. Of those 63 players, seven managed to reach the Playoffs this past weekend.

To Infinity and Beyond

Among those notable debuts was the team Infinite Shots. A squad of unfamiliar names going 0-3 in the first stage might be otherwise unremarkable, but the team represents a historic milestone in the history of North American Rocket League. Fernando “Ness” Vargas, Juan Pablo “ayLucky” Rojo, and Jose Juan “JJPrezus” Camargo make up the first all-Mexican roster to advance past the qualifying stage of an RLCS event. Despite their exit on the first weekend, the team had a positive perspective of their performance and the future—not just for their own team but for Mexican Rocket League.

“This is a great opportunity to show the world that there is talent outside of the common countries,” said JJPrezus. The competition will be just as fierce if the team wants to run it back and reach another Regional event, but that doesn’t seem to bother ayLucky one bit. “[The competition was] what we expected, we were playing against the best in North America." He added that he expects to see even more of his countrymen at the next Regional. “A lot of people were inspired to keep grinding because of us, and all the love and support we got was crazy, [it’s] a turning point for Mexican Rocket League."

The Run to the Playoffs

Infinite Shots’ Group Stage opponents included two teams who reached Sunday’s Playoffs, and coincidentally met each other in the Quarterfinals: Team Envy and the Pittsburgh Knights. After NRG Esports swiftly dispatched RLCS rookies, Alpine Esports, it seemed all but certain that the Knights were next on the list. While the trio of Josh "radoko." Ruiz Radtke, Sukhpartik "kinseh" Kahlon, and Anthony "ZPS." Marcello Perez certainly put up an admirable fight, four-time World Champion Pierre "Turbopolsa" Silfver came in clutch (as he always does) to knock out the young challengers in Game 5.

The loss ended the Pittsburgh Knights' new roster's RLCS debut in the Quarterfinals. Their defeat against Team Envy also marked the fifth Game 5 the Knights had to play during the Regional. In both Swiss stages, they played in all five rounds to qualify for the Playoffs before their run came to a halt against Team Envy.

Following The Peeps' hard-fought Quarterfinal win against G2 Esports, Jacob "JRuss" Clarkson, of the Susquehanna Soniqs stood tall as the last remaining RLCS rookie. After leading his team with 30 goals alongside Nathan “Shock” Frommelt, he was tasked with facing a Spacestation Gaming squad which was riding a nine-game win streak into the Playoffs. That streak would extend to 12 games thanks to late-game heroics from superstars Caden “Sypical” Pellegrin and Tshaka “Arsenal” Taylor. After a scare in Game 1, Spacestation would not trail again in the series and would close out with a commanding 3-0 sweep.

With the newcomers to the RLCS dispatched from the tournament, matchups between RLCS veterans dominated the final three matches of the Regional.

What was supposed to be another epic showdown between Turbopolsa and his former teammates was instead a 4-0 statement win from NRG Esports. jstn. wasted no time and scored just 25 seconds into the series. In Game 1, he scored all of the team's four goals in their win. In fact, it would take Team Envy more than 13 collective minutes on the pitch to find their first goal. With Team Envy reeling, the final strike came in Game 4’s overtime, as Garrett “GarrettG” Gordon completed the sweep, scoring his lone goal of the series.

The arguably more compelling story was the faceoff between former teammates Jirair "Gyro" Papazian, Arsenal, and Slater “retals” Thomas in the second Semifinal. Where the previous Semifinal failed to deliver, Spacestation Gaming and The Peeps provided plenty of drama to make up for it. The teams traded blows back and forth, and with Spacestation on match point in Game 6, it looked like the underdog run of The Peeps was over. But, a furious comeback charge from The Peeps forced an overtime where Allushin found the back of the net to take his team back to Champions Field. That was Allushin’s final shot and goal of the series as retals buried his former team with the only Game 7 goal, silencing his old teammates and booking Spacestation’s spot in the Grand Finals.

It all came down to one last match between NRG Esports and Spacestation Gaming. Spacestation entered the Finals on a four-match win streak against NRG Esports including a win against them earlier in the Regional. As good as jstn. was throughout the tournament, Arsenal matched his pace shot for shot in the Grand Finals. Both stars dropped in four goals apiece, but Arsenal got the last laugh as retals took GarrettG off the goal line and Arsenal slotted home the final goal of the Regional in overtime for a 4-1 Grand Finals victory.

The demolition from retals was one of his many key contributions throughout the series. His 15 saves in the Grand Finals was a series-best performance. After the match, retals talked about his confidence while playing against NRG Esports. “I feel like we’re their kryptonite,” he said. “We play really well against them. That’s the one team that I feel really good against.”

With the win, Spacestation Gaming secured 351 points towards qualifying for the Fall Major and the eventual Rocket League World Championship. The clear number one team in North America has also extended its RLCS win streak to 14 consecutive series across both The Grid and the Regional, while boasting a ridiculous 23-2 overall series record. If not NRG Esports, then who could possibly stand in Spacestation’s way?

We’ll see you this Saturday and Sunday at 7:30 a.m. PDT (2:30 p.m. UTC) on Twitch and YouTube for the second European Regional! Make sure to follow us on Twitter for everything Rocket League Esports. We’ll see you soon!