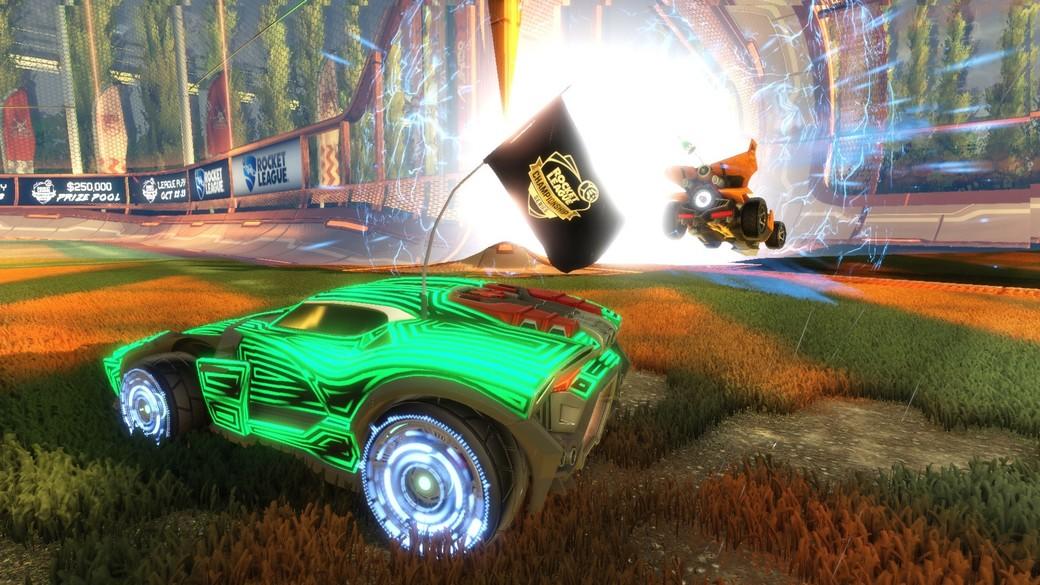 The Rocket League Championship Series returned this weekend with plenty of surprises! Our analysts struggled to stay on top of their Week 3 League Play predictions, as the RLCS standings were shaken up across both regions with major upsets as we head into Week 4!

NRG Esports and Revival kicked things off with one of the most controversial moments in RLCS history. The unexpected chaos happened in Game 4, when NRG ran into divergent server problems while they trailed 1-3. According to league rules, players who are unintentionally disconnected in-game are given a fresh restart of the game, and following the do-over, NRG took the newly-replayed Game 4 to force a fifth and final tiebreaker. Revival ultimately fell to NRG 2-3.

NRG's next match-up was against G2 Esports. G2 attempted to build on their momentum from a successful Midseason Mayhem performance, the weekend prior, but their winless streak for League Play continued as NRG closed out Kronovi, Lachinio, and 0verZero by a count of 3-2. This heartbreaking loss meant that the defending RLCS Season 1 World Champions at G2 had to win their next match or they'd have to kiss their hopes of qualifying for the Regional Playoffs and Grand Finals goodbye.

Luckily for G2, the champs rallied back to win their series with VindicatorGG in an epic showdown to secure their first win in League Play this season. But the struggle has just begun for the unlikely underdogs, as they will now have to win every match they have left, while simultaneously needing the teams ranked ahead of them to lose multiple games as well. If that doesn't happen, then G2 has no shot at defending their titles at the Grand Finals in Amsterdam this December.

VindicatorGG saved face with a 0-3 sweep over Exodus, while Exodus went on to nudge past Genesis with an amazing 3-2 reverse sweep. The action continued as Genesis beat Take 3 3-0, and Take 3 finished strong with a 3-0 sweep over Deception. NRG was the only North American team to survive the weekend without a loss, but Exodus cemented themselves as leaders of the NA pack with a 4-1 match record that includes 12 games won. Check out the VOD for the Exodus and Genesis match-up below:

In Europe, Northern Gaming tore through both of their matches with strong victories over Summit (3-1) and Reunited (3-0). Reunited would bounce back with a 3-1 win against OhMyDog, the team with one of the most surprising matches of the weekend with their shocking 3-0 sweep of Season 1 Finalists, FlipSid3 Tactics. In fact, FlipSid3 Tactics struggled again in their next game when Mock-It Aces took that series 2-3, pushing F3 to third place overall in the EU standings.

Mock-It Aces went on to finish the weekend undefeated with a crushing victory over Precision Z, 3-1 and a 3-0 sweep over Red Eye. Despite PZ's great performance, though, it was Mock-It Aces who finished the weekend on top of the European standings, with a crazy-tight between most of the remaining teams to make the Top 6. Here's the current NA and EU standings for your reference: 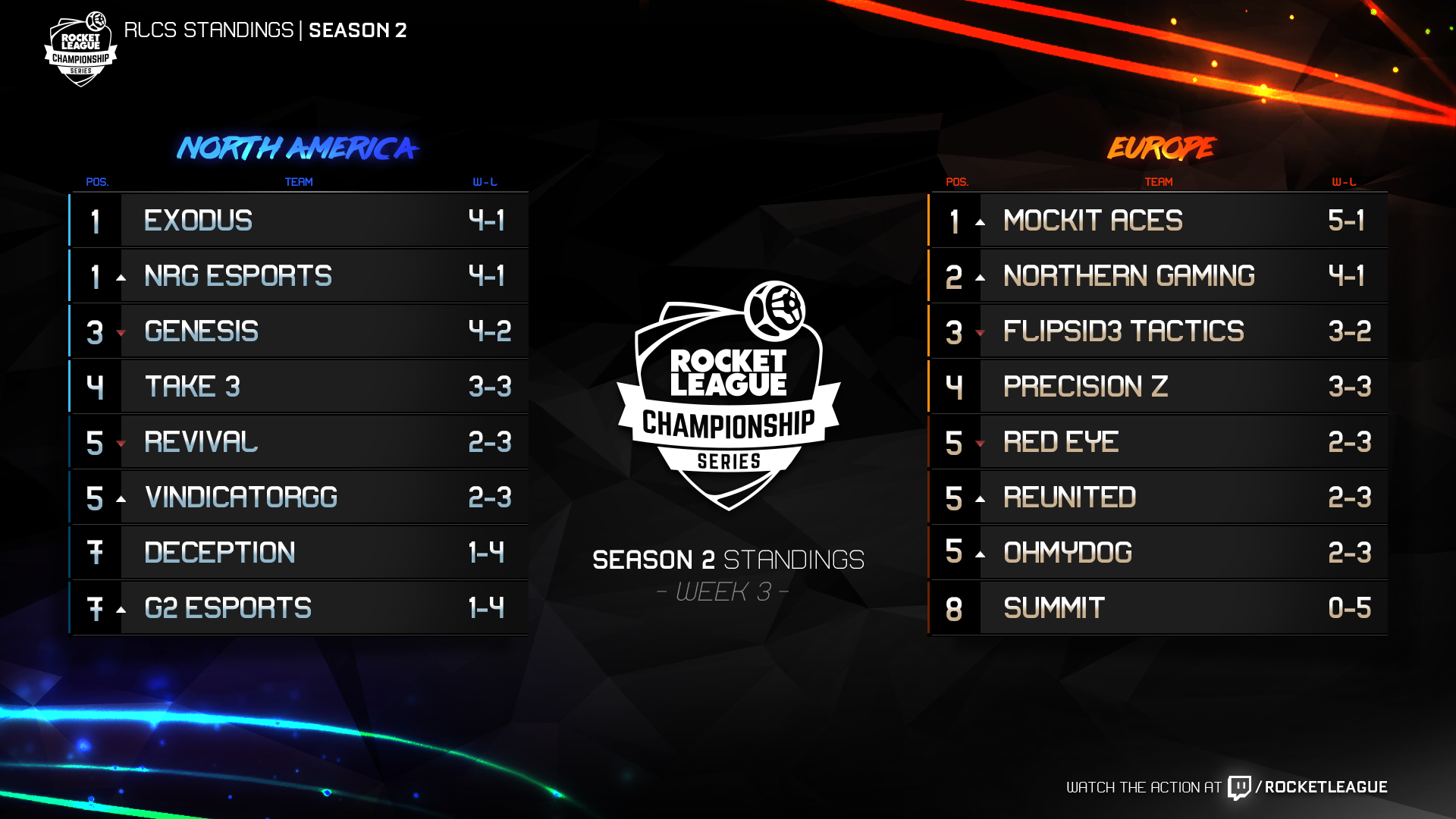 One Week of League Play Left

The all-important final round of RLCS League Play airs this weekend! Who will qualify for the Regional Playoffs? Join us this coming weekend to find out at www.twitch.tv/RocketLeague! See you there!