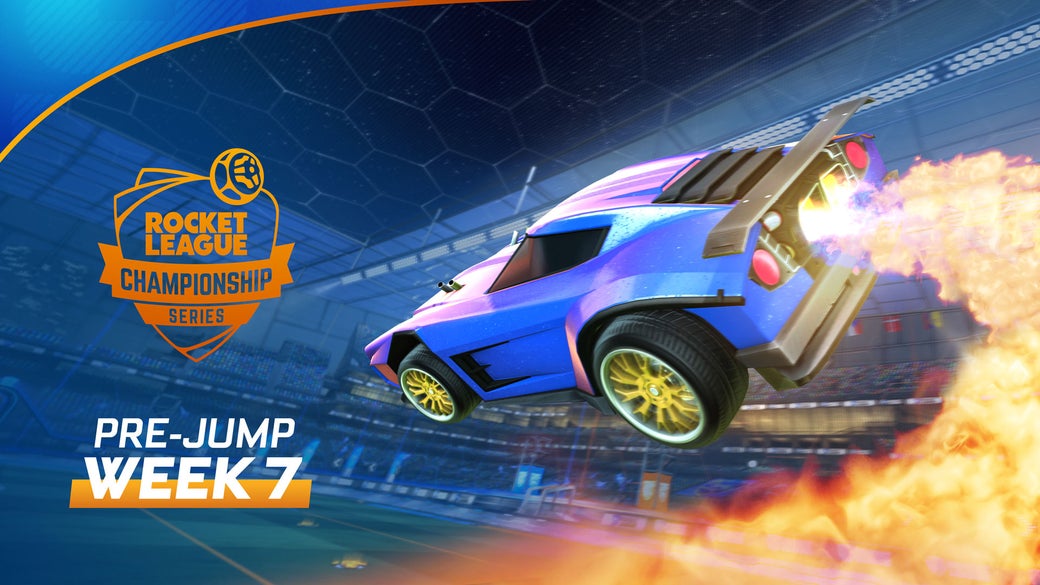 Just like that, another week of furious Rocket League Championship Series (RLCS) action has come and gone. With only one week to go, the Regional Championship picture is starting to take shape. The top-six teams in Europe are completely locked down, but their seeding has yet to be determined. The battle still rages on in North America to see who will end up in the top six.

Let's jump into the biggest storylines heading into the final week of #RLCS9 League Play.

The comeback storyline was a possibility for Cloud9 after they took down NRG Esports, but now that they took down both the Susquehanna Soniqs and Ghost Gaming in a high-stakes doubleheader on Saturday, it's safe to say they're back. The story of the weekend came in Game 5 of Cloud9's match against the Soniqs when Kyle "Torment" Storer was subbed out (due to internet connection issues) and their coach/substitute, Jayson "Fireburner" Nunez, stepped in with their Regional Championship dreams on the line. In what instantly became the most magical moment of the season, Fireburner slotted home the overtime winner in Game 5 to keep Cloud9 in the Regional Championship hunt. They followed that up with a clean 3-0 sweep over Ghost Gaming, where Torment took his shot at playing overtime hero, as he put Game 3 away with a clutch shot.

Now Cloud9's destiny lies firmly in their own hands as they head into Week 7. They've got a match up with the Pittsburgh Knights, where both teams are essentially playing to lock themselves into the Regional Championship. It's the most impactful match up of Cloud9's season so far. Win and they're guaranteed a Regional Championship spot, lose and they're at the mercy of providence. They're red hot coming into Week 7, and if their current momentum and form hold, it's going to be a series filled with dazzling plays and speed to match. Look out, North American RLCS. Cloud9 is back.

Race to the Finish Line

In the European RLCS, the dream of a top-two finish has become a three-horse race. Renault Vitality, Dignitas, and FC Barcelona are the only teams with a shot at one of the two coveted spots heading into the final week of League Play. All three squads face tough competition in Week 7 as they jockey for position at the top. In addition, Reciprocity, Veloce, and mousesports are in a heated race to try and lock themselves into the top four positions to avoid playing in the first round of the Regional Championship and to give themselves an extra life in the process.

All three teams have tough roads to travel if they want to fight their way into the top four. mousesports have a doubleheader where they take on a dangerously volatile Team Endpoint, which is followed by a monumental clash with Barça. Veloce has a date with Europe's hottest team, Renault Vitality, in what's sure to be a closely contested match. And Reciprocity has a huge matchup against Dignitas, which could tell us just how serious of a threat Reciprocity truly is heading into the Regional Championship. Suffice to say, every single match counts as we head into the last week of League Play. There's a ton up in the air right now in the European RLCS. Some teams will rise to the occasion while others will falter, but no matter what, we're in for one wild ride on Sunday.

Hanging In the Balance

After both Rogue and Flight endured crippling losses on Saturday, their RLCS lives now come down to one final matchup between them. It's a match that nobody wants to lose due to the new RLCS rule change that automatically relegates the 10th Place team. It's a do-or-die match where both team's RLCS lives, quite literally, are hanging in the balance. For legendary veteran, Cameron "Kronovi" Bills this is a position he's avoided his entire career and more recently over the past couple of seasons thanks to brilliant late-season runs, but this time around things are different. There's no second chances and no end of the season miracle win streak to be had. It's one match and one chance.

Kronovi isn't the only RLCS veteran being tested. Michael "Memory" Moss who joined Flight after he and Ghost Gaming parted ways, is looking to give his team a shot at staying in the RLCS. Neither Flight, nor Rogue's performances have given fans much to write home about. Flight is tabbed as the underdogs coming into the weekend. It's an uphill battle for a team that hasn't been able to find stable footing in the RLCS all season long. The reality of the situation is simple: after the dust settles on Saturday, one team will not be returning to the RLCS. Whether Kronovi guides Rogue to victory, or Memory leads his teammates to an upset victory, one team will pay the price of auto-relegation. It all comes down to this. Who will keep their RLCS dreams alive?