Another week has gone by and the Rocket League Championship Series (RLCS) continues to be stunningly competitive as teams battle for each and every match win. If you missed any of the action this weekend or are just looking for a fun refresher on what went down, you're in the right place.

Let's dive right into some of the biggest storylines from last week.

Sonic the Hedgehog wasn't the only sonic success of the weekend. The Susquehanna Soniqs picked up their first dub in the North American RLCS. Coincidence? We think not!

After a hard-fought loss to NRG Esports in Week 1, the Soniqs were in a rough spot to bounce back against Spacestation Gaming in Week 2. But, they did just that, by taking a commanding 3-1 victory to even up their record at 1-1. They were once again led by their rookie playmaker, Nathan "Shock" Frommelt, who also picked up North American Player of the Day honors. He put away three goals, dished out three assists, and racked up seven saves. It wasn't just Shock's electric performance that was impressive, though. Both Chris "Dappur" Mendoza and Matthew "Satthew" Ackermann chipped in clutch plays and big defensive stops. It was a complete match from a team that's looking to shake up the RLCS and shock fans around the world.

They've got Rogue on tap for Week 3, and if the Soniqs keep up their current run of form, it could end up being a short and sweet series.

That's all it took for Team Singularity to unseat Renault Vitality from atop the European RLCS—a single play. In Game 5 overtime, Leon "Godsmilla" Mares took flight to hit a flip reset, double-tap, pool shot that forced Alexandre "Kaydop" Courant to own goal. It was a shot that sent the Rocket League Esports community into a frenzy. That shot was perhaps the most unique finisher ever scored on a professional Rocket League pitch and it divided community opinion on just how great it truly was. Reactions ranged from 'that was unfortunate' to 'that was one of the greatest plays of all-time.' At the end of the day, it was a shot that scored Team Singularity a massive upset over one of the most storied European teams of all time.

Nobody gave Team Singularity a shot against Renault Vitality, but a combined team effort gave way to one of the craziest finishes in Rocket League. Joseph "noly" Kidd led the charge on both offense and defense for Team Singularity throughout the series, scoring two goals and saving a whopping 17 shots. His performance led to the honor of European Player of the Day and a huge win for Team Singularity. They've got a tough match with mousesports in Week 3, but since they're riding a huge wave of momentum, they've got a realistic shot at locking in another upset and a 2-1 record.

Let's cut to the chase: Cloud9 has seen much, much better days than this. After a lackluster finish to Season 8 that led to them fighting their way out of the Promotion Tournament, the team decided to stick together and work through their problems in hopes of turning around their performances. Some smaller tournaments before the start of Season 9 made it seem like Cloud9 was well on their way to fixing their issues and would be ready for RLCS action in just a few short weeks. But, after two weeks of Season 9 League Play, that simply hasn't been the case. In Week 1, eUnited soundly dispatched Cloud9 in a 3-0 stomp. Then, just a week later, Rogue edged out a tense 3-2 win over Cloud9, dropping their record to 0-2.

The terrible start has a lot of fans yelling "Washed!" but it just isn't that simple. Cloud9 isn't washed, they're tired. Working back into World Championship form after teetering on the brink of relegation is an exhausting venture. It requires a metric ton of hard work and the ability to look at where your game is weak and mend it effectively. Yet, one of the hardest and most persistent problems can be maintaining the proper mindset. After their loss on Saturday, Kyle "Torment" Storer was sufficiently blunt in his negative public assessment of his own play. It's clear that there isn't a lack of talent on Cloud9, but rather a problem of putting it all together when it matters. Mentality acts as the glue in high-pressure situations and right now it's unfortunately not holding.

It's not an impossible hole to work out of, but time is of the essence. Even though they've already put in the hard work, it only gets harder from here. If they want to turn their season around, it starts in Week 3 against Flight.

Make sure to tune into the North American RLCS on Saturday at 12 p.m. PT (8 p.m. UTC) and the European RLCS on Sunday at 9 a.m. PT (5 p.m. UTC) on Twitch and YouTube. Don't forget to follow us on Twitter for everything RLCS. We'll see you on game day! 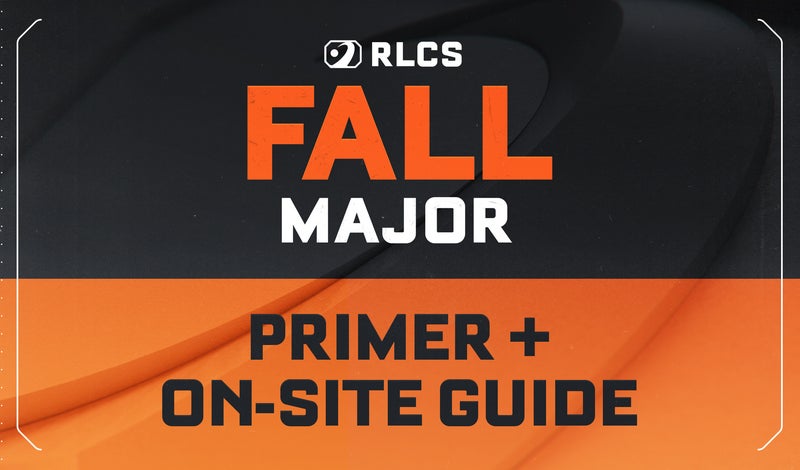