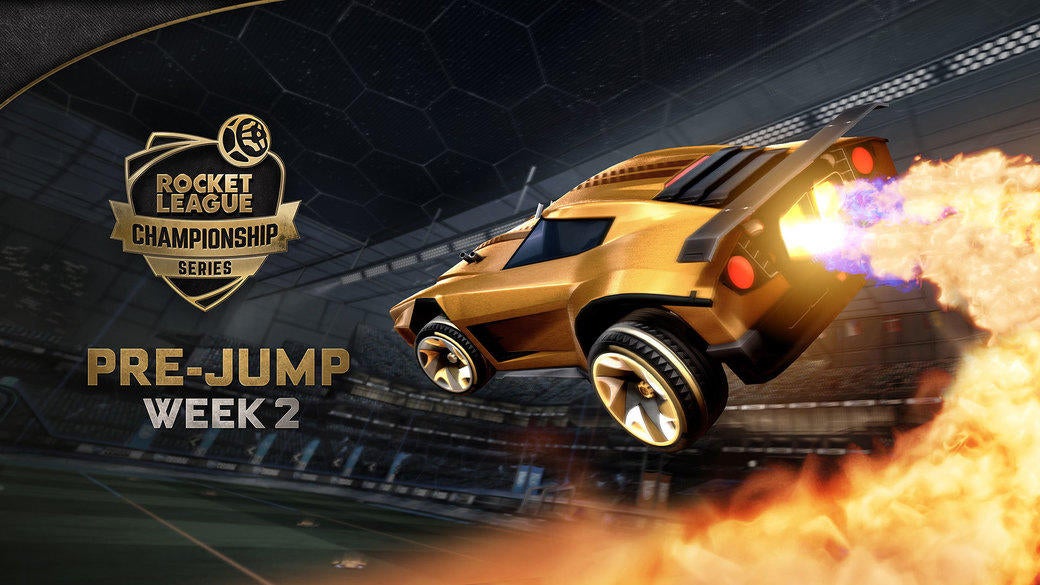 Just like a flash, Week 2 of the Rocket League Championship Series (RLCS) has come and gone. But, it's left plenty to talk about in its wake! We're here to catch you up if you missed it or to offer you a bite-sized recap to get you ready for Week 3.

With that out of the way, let's take a look at some of the biggest storylines from Week 2!

It's hard to understate just how dominant NRG Esports has been so far this Season. Their 9-1 game record, coupled with their spotless 3-0 match record tells the story. As the saying goes, numbers don't lie. The scary part about all of this? They're still figuring out how to play together. Their acquisition of European superstar Pierre "Turbopolsa" Silfver was always expected to yield fantastic results, yet it's come at a faster pace than most predicted. Adding a player of Turbopolsa's caliber often requires a huge shift in order to accommodate the playstyle that made them effective, but with NRG Esports the synergy is developing at a breakneck pace.

Their two wins during Week 2 served as an indicator of just how dominant NRG Esports can be moving forward. They started it off with an utter 3-0 thrashing of Birds. Then, they followed that effort up with a huge sweep of G2 Esports that left no doubt as to who the top dog is in North America right now, especially after Cloud9 fell to the Pittsburgh Knights earlier in the day. The combination of electric talent and a fast-developing synergy makes NRG Esports one of the scariest—if not the scariest—Rocket League team on the planet. If the teamwork continues to get even better, then perhaps maybe, just maybe, this is the season that NRG Esports takes the crown at the World Championship.

No, you're not having Deja-Vu. Yes, Rogue has once again had a disastrous start to their Season. If the 0-2 record wasn't worrying enough, the squad still hasn't picked up a single game win on the Season. The analysis of the team has quickly gone from "Week 1 fluke," to "Oh no, this is not good." If Rogue wants to have a shot at performing on the World Championship stage in Madrid, they need to pull up the nose of the plane that's currently on a crash course with a bottom-two finish.

Pulling up and changing your trajectory is a tough thing to do in the RLCS. It gets even tougher when you've got all three of your matches with North America's "Big Three" still on the docket. Assuming you drop all three of those matches, the most optimistic outlook for Rogue would be a paltry 2-5 record. As they can tell you by experience, that record puts you in an extremely precarious position. You almost certainly will run a fine line between the Promotion Tournament and the Regional Championship. There's still hope though. Rogue can lean on experience and know that no matter how bleak the Season is looking right now, there's almost always time to change and salvage the situation. The thought of Cameron "Kronovi" Bills in the Promotion Tournament seems unfathomable, but if things don't change, that nightmare could become a reality.

Week 2 was incredibly tumultuous for the European RLCS. Currently, every team but Renault Vitality and Reciprocity have at least one loss on their record. Within that bunch, there are three teams with two losses or more (TSM, Complexity Gaming, FC Barcelona). There's very little in terms of consistency so far throughout the league, and teams have been battling and taking games off of each other. But, as mentioned previously, both Renault Vitality and Reciprocity are exempt from the loss list (at least so far).

They're also the two teams that have the pedigree to claim their spots at the top of the pack. Renault Vitality are the reigning World Champions, while Reciprocity recently took home a DreamHack win over the summer. In addition, they both finished in the Top Four of European League Play during Season 7. That type of consistency is hard to achieve in the upper echelon of Rocket League Esports. It may be a touch too early to say they're undisputedly the best teams in Europe, but with other teams around them falling down, both Renault Vitality and Reciprocity have stood tall over Weeks 1 and 2. If their trajectories continue upward, we might just be witnessing the beginning of a "Big Two" era in Europe.