It hasn't been a conventional year for the Rocket League Championship Series (RLCS). A brand-new league format has thrilled fans around the world, but a global pandemic hit the brakes on in-person events.

The health and safety of our players, staff, and fans continues to be our top priority when considering a return to in-person events and LAN play. With uncertainty remaining regarding the course of the COVID-19 pandemic, we've made the difficult decision to not hold an in-person Rocket League World Championship this year.

That doesn't mean we aren't going to go big to finish out the RLCS X season and we're proud to introduce the RLCS X Championships! A week-long celebration of the best teams that RLCS X has to offer.

What Are the RLCS X Championships?

The RLCS X Championships are a set of four regional tournaments that will crown a RLCS X Champion in Europe, North America, Oceania, and South America. They'll run about a full week, from June 15-20, with matches every single day!

We wanted to make the RLCS X Championships feel like an epic event, so we're introducing a new format we're calling "Best-of Sets," that is sure to test the endurance of the best Rocket League teams on the planet.

As mentioned above, the RLCS X Championships will feature the new Best-of Sets format, but let's dive into the additional format details. 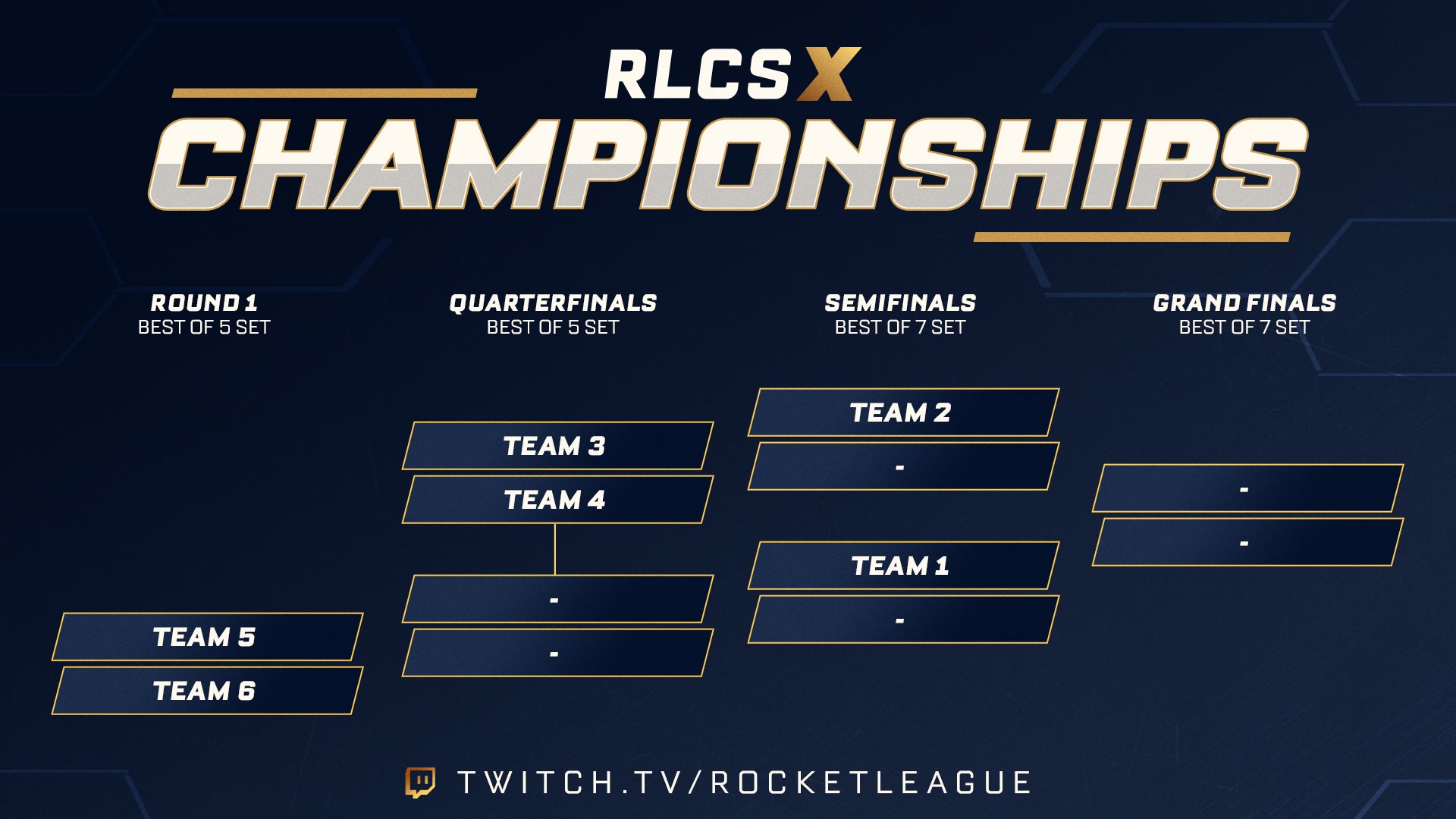 When we announced RLCS X, we announced a $1,000,000 prize pool for the World Championship. That prize pool will be divided among the four regions (Europe, North America, Oceania, South America) that are participating in the RLCS X Championships. You can find the prizing breakdown below:

When we set out to create the RLCS X Championships, we wanted fans to feel like they're participating in a week-long event and could tune in any day during the tournament and catch top-level RLCS action. That's why we're hitting the pitch for six days straight to celebrate the brightest and best teams from all over the world. Check out the schedule here:

As always, you can catch the tournament live on the official Rocket League Twitch and YouTube channels all week long!