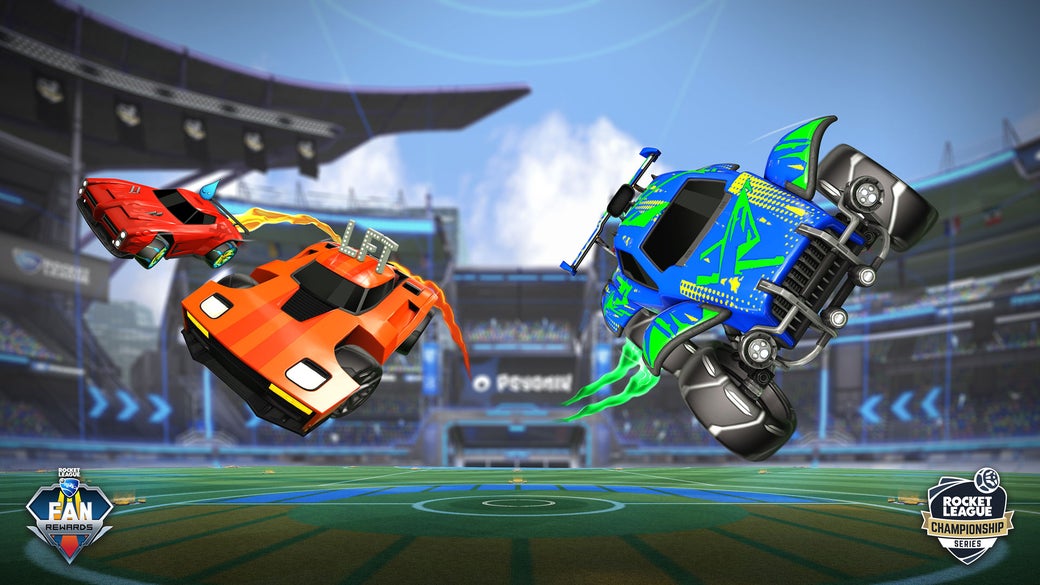 With the recent announcement of the return of Collegiate Rocket League (CRL), as well as the biggest season of the Rocket League Championship Series (RLCS) yet, we have some great news for our esports fans - Fan Rewards are back, and yes, they're better than ever!

Today, we’re excited to unveil Fan Rewards Phase 3! For the first time since we introduced Fan Rewards, both the RLCS AND the Rival Series broadcasts will have unique drops associated with the streams you are watching! We are also introducing a brand new third set of items for the CRL streams! The first broadcasts are about to be underway, so fans who have already connected their Twitch accounts to their platform of choice will get a chance to receive one of 17 exclusive items! For a complete look at the items available in Phase 3, be sure to check out our Fan Rewards hub over here!

To make sure you’re qualified to receive Fan Rewards this season, just head over to this link to learn how to connect your Twitch account to your selected platform! PlayStation 4, Xbox One, Steam PC, and Nintendo Switch players are all eligible to receive Fan Rewards, so go ahead and connect your account now! If you signed up for Rocket League Fan Rewards last year, you do not need to sign up again as your account is already linked!

The first chance you’ll have to unlock some sweet rewards will be during the Rival Series Play-Ins, which will take place on September 1st and 2nd. We’re starting the season off with a bang, with the top 128 teams in each region fighting it out for a chance to make it to the Rival Series! The Play-Ins are only the beginning, though, so tune in every day of the RLCS, Rival Series, and CRL and collect every single Fan Reward you can!