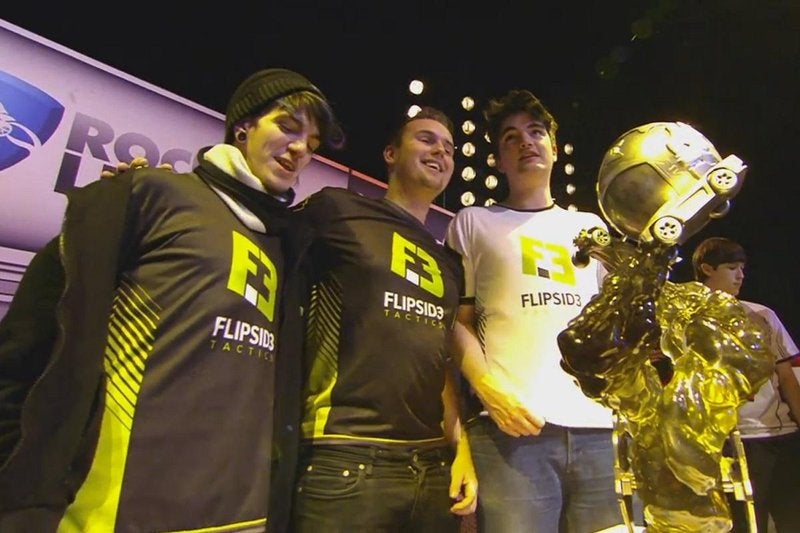 The Rocket League Championship Series Season Two Grand Finals was full of thrilling moments this past weekend in Amsterdam. We had a seven-minute overtime nail biter, big upsets, and plenty of showstopping plays along the way. EU powerhouse Flipsid3 Tactics battled their way back from the Lower Bracket to defeat Mockit Aces in back-to-back best-of-seven sets to take first place and $50,000!

Francesco “kuxir97” Cinquemani, Mark “Markydooda” Exton, and Marius “Greazymeister” Ranheim were unflappable after being bumped to the Lower Bracket on the first day, going 18-3 en route to their first RLCS Championship. We also want to give a special shout out to Joni “JHZER” Humaloja, who served as a backup for Flipsid3, and continues to be a great ambassador for Rocket League and RL esports.

Rest assured, RLCS will be back for Season Three, and we will share details on the next season in early 2017. Until then, congratulations to F3, and thank you to all the teams who helped make Season Two the best RLCS yet!

Here are the final standings for the Season Two Grand Finals:

Want to watch all the action again? Visit our Twitch archive to view all RLCS VODs. We've embedded Day Two below, enjoy!