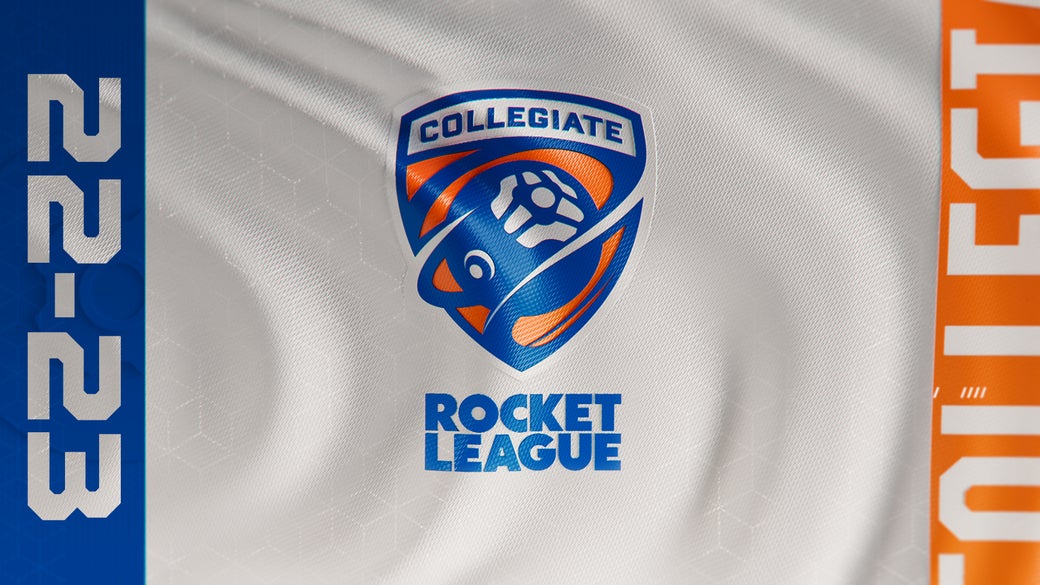 With the Spring Semester quickly approaching, Collegiate Rocket League (CRL) is revving its engine to return to the pitch for the CRL Spring Split! There's a lot to go over, so let's dive right into it.

The Fall Split officially wrapped up last November with the CRL Fall Championship. Columbia College claimed the title of CRL Fall Champion, beating Northwood University in the Grand Finals. Both teams have now qualified for the CRL World Championship, which will take place later this year!

Sign-ups for the CRL Spring Split Open Qualifiers are now live! Be sure to register your team ahead of January 12 for the first Qualifier, and January 19 for the second Qualifier.

Once 32 teams have qualified via both Qualifiers, we'll kick off CRL League Play broadcasts on the College Carball (CCA) and Rocket League Twitch channels. Check out the broadcast schedule below: 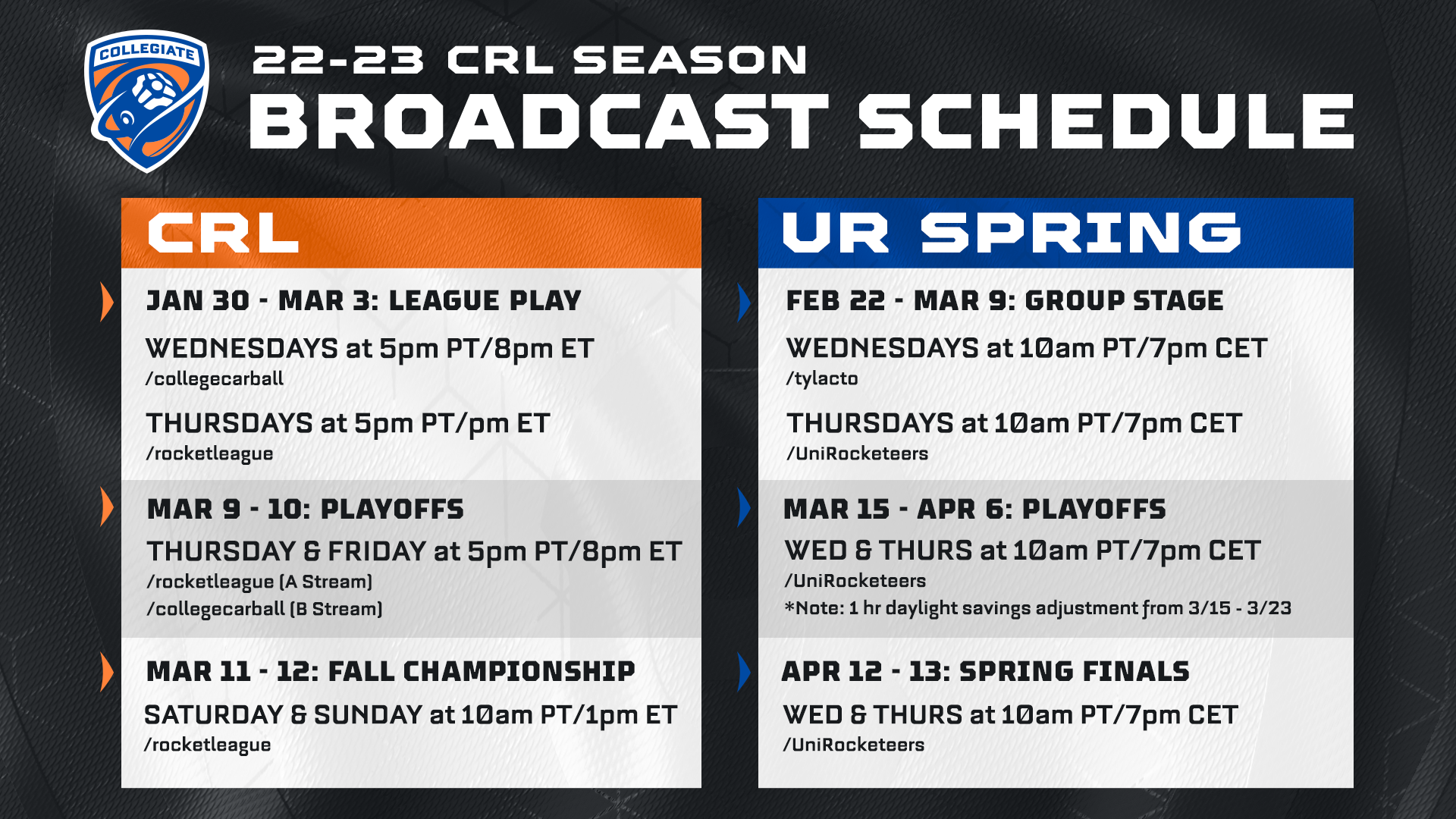 The CRL LCQ is a 48-team, Single-Elimination Bracket that takes place from March 31 to April 2. Teams will be invited based on placement in the following events:

The top two teams from the LCQ will qualify for the CRL World Championship!

European students, this one’s for you! UniRocketeers Spring (UR Spring) is a continuation of the UR Circuit that'll feature 40 teams competing to become one of the three teams from UR Spring who will qualify for the CRL World Championship. It'll run from February 22 through April 13 with a 10,000€ prize pool. Teams can earn a place in UR Spring by participating in the Open Qualifiers:

Teams that don't qualify for the CRL World Championship via UR Spring can compete in the UniRocketeers LCQ (UR LCQ) alongside up to eight teams from each of the UniRocketeers’ partnered National Leagues. The UR LCQ will feature up to 64 total teams and take place from April 15 to April 23. The top two teams from the UR LCQ will earn CRL World Championship invites. For a refresher on UR’s National Leagues from their Winter Season, check out this blog.

A full breakdown of the rules and tournament structure can be found here. To look for teammates and find out more information about the UR Circuit, make sure to join the UniRocketeers Discord.

We’re excited to kick off the second half of the CRL Season soon and we’ll have more details on the CRL World Championship in the coming weeks! Make sure you sign up if you haven’t already and get ready to rep your university. We'll see you out there on the pitch!